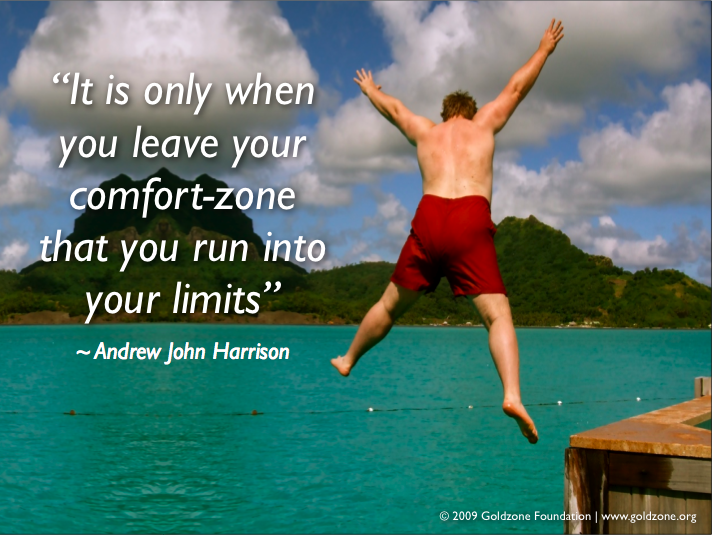 Why Should I Invest in Personal Development?

This question is often asked by two different types of people:

For the rest of us, it seems obvious that by investing in ourselves, our skills, our knowledge and our abilities, that we will advance in life and get more of what we want.

END_OF_DOCUMENT_TOKEN_TO_BE_REPLACED

One of the key components to getting into “The Zone” and staying there is understanding and mastering Cause & Effect.

There is a lot to this subject and it is a bit technical. However, master this and you are sure to experience a transformation in your results!

What is Cause & Effect?  Everything that happens is an Effect that was Caused by something. Nothing occurs without something else Causing it to happen.  For example, a glass that was sitting on the table does not fall onto the floor by itself.  A person walking by may bump the table, Causing the glass to fall off the table, onto the floor, and breaking into pieces.

END_OF_DOCUMENT_TOKEN_TO_BE_REPLACED

Seek, above all, for a game worth playing. Such is the advice of the oracle to modern man. Having found the game, play it with intensity – play as though your life and sanity depended upon it. (They do depend on it.) Follow the example of the French existentialists and flourish a banner bearing the word “engagement.” Though nothing means anything and all roads are marked “no exit,” move as if your movements had some purpose.
If life does not seem to offer a game worth playing, then invent one. For it must be clear, even to the most clouded intelligence, that any game is better than no game. But although it is safe to play the Master Game, this has not served to make it popular. It still remains the most demanding and difficult of games, and in our society, there are few who play.
Contemporary man, hypnotized by the glitter of its own gadgets, has little contact with his inner world, concerns himself with outer, not inner, space. But the Master Game is played entirely in the inner world, a vast and complex territory about which men know very little. The aim of the game is true awakening, full development of the powers latent in man.
This game can be played only by people whose observations of themselves and others have led them to certain conclusions, namely, that man’s ordinary state of consciousness, his so-called waking state, is not the highest level of consciousness of which he is capable. In fact, this state is so far from real awakening that it could appropriately be called a form of somnambulism, a condition of “waking sleep.”
Once a person has reached this conclusion, he is no longer able to sleep comfortably. A new appetite develops within him, the hunger for real awakening, for real consciousness. He realizes that he sees, hears, and knows only a tiny fraction of what he could see, hear, and know; that he lives in the poorest, shabbiest of the rooms in his inner dwelling, but that he can enter into other rooms, beautiful and filled with treasures, the windows of which look out on eternity and infinity.
Here it is sufficient to say that the Master Game can NEVER be made easy to play. It demands that a man has all his feelings, all his thoughts and his entire resources, physical and spiritual. If he tries to play it in a halfhearted way or tries to get results by unlawful means, he runs the risk of destroying his own potential. For this reason it is better not to embark on the game at all, than to play it halfheartedly.
The solitary player lives today in a culture that is more or less totally opposed to the aims he has set himself, that does not recognize the existence of the Master Game, and regards players of this game as queer or slightly mad. The player thus confronts great opposition from the culture in which he lives and must strive with forces which tend to bring his game to a halt before it has even started.
Only by finding a teacher and becoming part of the group of pupils that that teacher has collected about him can the player find encouragement and support. Otherwise he simply forgets his aim, or wonders off down some side road and looses himself.

Towers of Glass, Feet of Clay: What Is the Quest?

I was going through 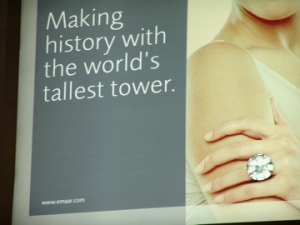 my travel photographs and saw this picture of a poster at the Dubai Airport advertising the world’s tallest building, which was under construction at the time. The Burj Dubai is very impressive and I was inspired to write more about the towers of glass.

END_OF_DOCUMENT_TOKEN_TO_BE_REPLACED

Towers of Glass, Feet of Clay 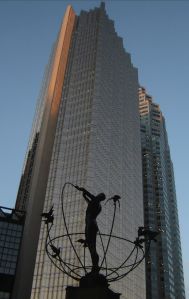 I have been reflecting further about the “financial crisis,” and recalling a book I read in 1982 called Towers of Gold: Feet of Clay – the Canadian Banks, by Walter Stewart.

In a conversation about this with my colleagues I happened to say towers of glass, and perhaps 27 years later, Glass is more descriptive. In 1982, I was working in the oil and gas industry in Canada and this book was written about the Banking Industry, the mortgage crisis and the oil prices. These themes are again relevant in 2009.

END_OF_DOCUMENT_TOKEN_TO_BE_REPLACED

Dance Away Your Fears