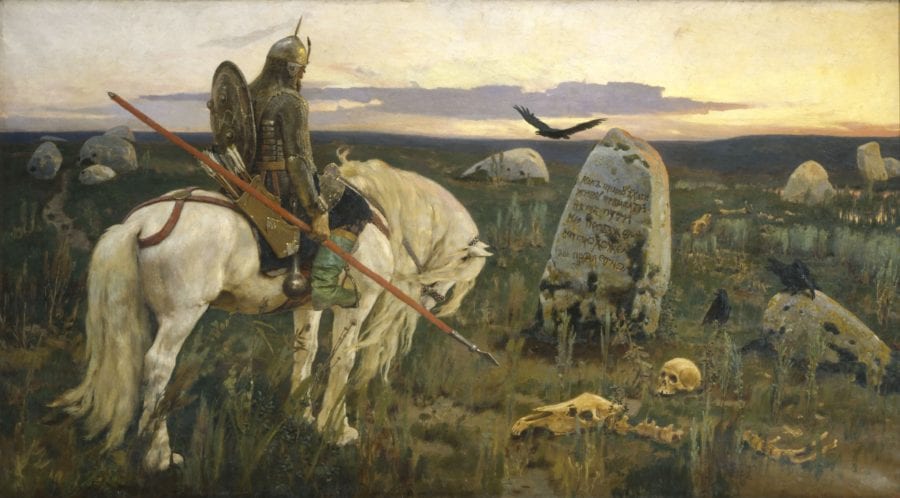 Do You Live Your Life Like You Are On a Quest?

The essence of the Quest is where you leave your comfort zone, known reality, sense of security, and attachments and step into the unknown to discover your true nature, destiny, unique gifts, qualities, and virtues.

During your journey to discover your true self, you encounter the limiting parts of yourself, weaknesses, limiting beliefs, blocks, self-suppression, unexpressed feelings, insecurities, jealousies, and doubts. In other words, you encounter your dark side. You also discover and encounter any opposition to your visions, goals, and dreams.

END_OF_DOCUMENT_TOKEN_TO_BE_REPLACED

Why Should I Invest in Personal Development?

This question is often asked by two different types of people:

For the rest of us, it seems obvious that by investing in ourselves, our skills, our knowledge and our abilities, that we will advance in life and get more of what we want.

END_OF_DOCUMENT_TOKEN_TO_BE_REPLACED

Productivity in a Masculine/Feminine Partnership

The Plot. It is one of the oldest and most pervasive dramas that exist between men and women. The storyline is told far and wide. We are all familiar with how the story begins and how it ends, with only the middle being variable. Here are discuss, what to do to get out of the same old plot and offer a roadmap that anyone can follow.

END_OF_DOCUMENT_TOKEN_TO_BE_REPLACED 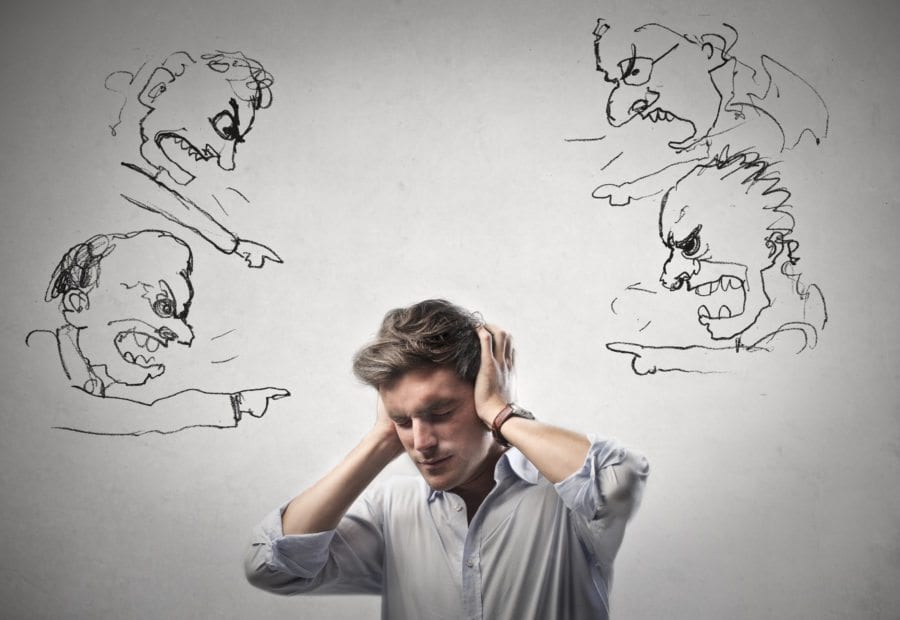 Have you ever made a mistake, then a split-second later felt the sting of dread, shame, and disapproval followed by a critical inner voice that judges and finds fault with what you have done?

Both the feeling and the voice are manifestations of what is known as your “Inner Critic.” This article explores what is an Inner Critic, how it works, where it came from and how to free oneself once and for all of this sabotaging mechanism.

If you are like most people, your feelings about criticism range from mild dislike, strong dislike to outright hatred for the criticism and the person giving it.

Criticism is also known as feedback.

The problem for most people is that they have experienced so much destructive criticism that they can’t tell the difference between the two types. So, they end up reacting to all criticism/feedback and writing it off automatically.

All successful people, public figures, and leaders are subject to both types of criticism. Learning to differentiate between the two types, and allowing oneself to benefit from the criticism/feedback – without taking it personally – is an art and skill developed over time.

More insidious and destructive than any critic you may encounter at work or at home is the one you take with you on a permanent basis: the one inside your head that is known as the “INNER CRITIC”.

The Inner Critic is that part of yourself that criticizes everything you do, doubts what you do, doesn’t think you are good enough, gives you negative thoughts, is cynical, is never satisfied, and is a perfectionist.

Another term for the Inner Critic is the Inner Villain that plays a destructive game with yourself. Once you have disengaged from dramas with other people, you then have the task of disengaging from your own Villain that is making you a Victim to yourself.

As long as you are busy blaming other people for your feelings and circumstances, your Inner Critic remains invisible to you. So it stands to reason that when you cease blaming others, you will then become aware of your own self-blame, and inner criticism. It is your inner criticism that has you blaming others in the first place.

Once you have dealt with your Inner Critic, you will be less at the effect of other people, and more at cause over all areas of your life.

If you have a fear of rejection, this is a fear born directly from the essence of your Inner Critic.

When your Inner Critic is beating you up for a mistake you made, you become unsavory to other people. They feel that you are negative and perhaps toxic, and therefore will be inclined to reject you. Your Inner Critic seduces the worst behavior from people, as it only leaves space for a harmful act or nasty comment. You might as well have a sign on your forehead that says, “Beat me up, reject me.”

It takes a very clear person to see this and not reject you or beat you up. This takes a lot of energy and isn’t fun. So you are no fun to be around (and you can’t stand yourself either.)

So now that we know what the Inner Critic is, how do we deal with it? How do we disengage from it?

The Inner Critic never goes away totally. It always remains in the background… always, and ever listening. So we can disengage from it but never get rid of it totally.

How Do You Disengage Your Inner Critic?

Self-acceptance is the key.

If you are with another person, friend or colleague and you notice your Inner Critic is running you, and you are unable to disengage it, then the best thing to do is take time out until you have it under control. This is responsible behavior and puts you more AT CAUSE.

The ultimate solution to the Inner Critic is to Clean Slate the area. This means clearing the areas that created your Inner Critic in the first place. It begins by identifying which person from your past (or present) most closely represents the voice of your Inner Critic. For many of us, this is either our mother, father or other early childhood role model. Once you have identified the source of the voice, you can begin to heal it.

There is no quick fix to this. It is an ongoing journey that you take with yourself.

If you are ready to have a different kind of life, then it is urgent
that you infuse your life with aliveness, desire, and passion…

The GOLDZONE Accelerator is now available.  It’s an unforgettable 3-day experience that can help you join a unique group of gifted leaders and master teachers who are living their dream vision, lives, and careers, and who are now eager to help you do the same. Learn more > here

Give Yourself a Quantum Leap!

The Impact of Shame and What to Do About It

The purpose of this article is to discuss the subject of shame, its impact on one’s life and what steps can be taken to release the feeling of shame and the effects these feelings create.

First, let’s look at some definitions:

END_OF_DOCUMENT_TOKEN_TO_BE_REPLACED

Roadside bombings, drive-by shootings, tourists held at gunpoint, we are familiar with these headlines describing terrorist activities. Desperate for a method to get what they want, terrorists resort to tactics that invoke fear in the hearts of even the most secure and confident people.

Terrorists feel totally justified in taking other people’s lives and see their victims as guilty of one thing or another. They take it even so far as suicide, and sacrificing the defenseless and clearly innocent (like children) as a means to the end of their cause.

Perhaps, more insidious than the headline terrorists are the everyday terrorists who operate in the corridors of the modern workplace. We don’t have to look to the streets of a distant city for these people.

END_OF_DOCUMENT_TOKEN_TO_BE_REPLACED

Confront and the Financial Crisis

With the financial crisis deepening, many of our worst fears are being realized.  With the Waves of Impact continuing to wash over us, we are being confronted by financial losses on a never-before-seen scale. Entire industries are at risk of being wiped out. Previously invulnerable mega-corporations are being brought to their knees. Hidden weaknesses are being exposed.

As individuals, we are being faced with the complete loss or at least dramatic reduction in the value of our retirement accounts. It can feel like we are being confronted on all sides. How do we cope with the uncertainty?

END_OF_DOCUMENT_TOKEN_TO_BE_REPLACED

What Is a Leader?

Leadership in the knowledge economy is vastly different from leadership in the information, industrial and agrarian economies. In the old economies, dictatorship, domination, command and control where the prevalent models.  It is easy to lead through domination.  Hold a gun (or a paycheck) to a person’s head and you can get them to do almost anything; however, when you take the gun (or paycheck) away – you no longer have the ability to get them to do what you want. And chances are, they will pay you back for forcing them to do something they may not have wanted to do without the gun (or paycheck.)

END_OF_DOCUMENT_TOKEN_TO_BE_REPLACED

Dealing with unwanted feelings can be a very tricky thing.  It can often lead to upsets and a lot of unhappiness in relationships between people.

The purpose of this article is to provide some understanding of feelings, their purpose in our lives, and to provide a guideline for expressing one’s feelings in an appropriate manner.

END_OF_DOCUMENT_TOKEN_TO_BE_REPLACED

For many of us, our lives have developed as fragmented sections or compartments. We are one way at work, and altogether different in our personal life. This leads to a split personality: the work persona and the home persona and never the twain shall meet. Our feelings get left at home, and the very fabric of what makes us human gets left out of the workplace.